After various delays due to setting up new printing arrangements, we can finally announce two new titles. Follow the links for a more complete description.

The Journal of the LIP 20: Alfred Jarry et al THE INSTRUMENTS OF THE PASSION: THE NAILS AND THE BICYCLE.

Jarry and The Passion of Christ, treated pataphysically it goes without saying…

Unica Zürn THE HOUSE OF ILLNESSES 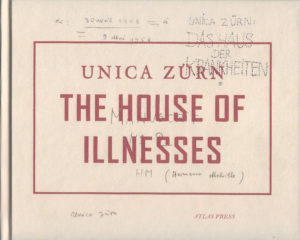 Originally published as a part of our series of small publications, The Printed Head, in 1994, this is not a reprint but a completely re-originated version of this illustrated text which reproduces the whole manuscript in colour facsimile with the translation by Malcolm Green interleaved. 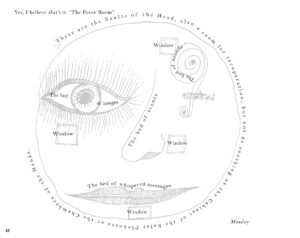 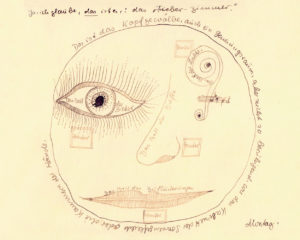 A CAMPAIGN: MARCEL DUCHAMP WAS NOT A THIEF

Many of you will be aware that there is supposedly a controversy concerning the authorship by Marcel Duchamp of the artwork Fountain, a urinal turned on its back and signed R.Mutt, which is generally considered a founding work of conceptual art, and which certain persons have attributed to the Baroness Elsa von Freytag-Loringhoven. This controversy originated with speculations in the biography of the Baroness by Irene Gammel. It was expanded upon in an offensively belligerent manner, as part of their campaign to discredit conceptual art, by Julian Spalding Spalding and Glyn Thompson, who added to it a completely spurious feminist gloss. This has been persuasive enough for those who have not bothered to check their “research” to teach these speculations as proven facts in higher education institutions, and for them to feature in a recent novel by Siri Hustvedt, Memories of the Future.

The article here, by Dawn Ades and Alastair Brotchie, considers the real facts of this affair and finds that they conclusively refute the reattribution of Fountain to the Baroness.

This article has been emailed to those involved: Irene Gammel, Julian Spalding, Glyn Thompson, David Lee (editor of The Jackdaw). All have so far refused even to acknowledge receipt of this text, let alone refute its conclusions.

Atlas Press will be publishing an expanded version of this text later in 2020 and we hope to include the reaction of those involved. We believe that a continued silence on their part can only constitute an admission that they were wrong.

We wish to circulate this text as widely as possible — a wrong has been done here — and invite the recipients of our mailing list to help us to do so.

A new revised edition of THE MAN OF JASMINE by Unica Zürn will appear early in 2020. 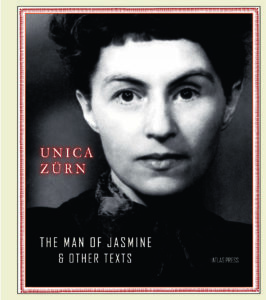